A Button in Quake is a trigger that can be activated by walking into it. It causes changes in the map, such as the opening of a locked Door, lowering of an elevator, or the revealing of secrets. Multiple Buttons may be needed to activate certain things. They can be found on the ground, on walls, and sometimes the ceiling, and can be of various sizes. Buttons are themed based on the levels they are found in. The Base Button is pictured to the right.

Buttons that are on the ground that the player must step on are specifically referred to as Floorplates. The Medieval floorplate looks a lot like the Medieval Button, but extends beyond the size of a normal Button (meaning it has an inner and outer perimeter, with the inner outlining the size of a Button). The Runic floorplate looks like a Runic button. Besides their looks and location, there is otherwise little difference between them and regular buttons.

Another variation of the normal Button is the Shootable Button, which must be shot before the event will happen. Shootable Buttons are also themed based on the type of level they are found in. These buttons also may be disguised to look like something else, such as a Window or Light. Though hidden from the player, the functionality is the same as the visible Shootable Buttons.

A third variation of the normal Button is the Locked Button. It is just like a regular button, but to open it the player must use a Key of the same color, Silver or Gold. When the player tries to activate a "locked" button without one, a message appears stating that the player needs the corresponding key.

Another type of Button is the Pillar, a button that is set in the ground and goes up to height level. They lower when the player uses them. The Pillar appears in E2M6 and the majority of levels in Dimension of the Past and Dimension of the Machine. They are used to change the positions of floors and bridges, and after the player uses one, the goal is to search the next area for the next Pillar. They also can act as normal buttons. Pillars can also require keys to open them, in this case, the pentagram on them is replaced with the respective key needed to activate it. 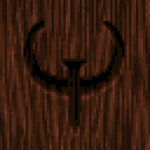 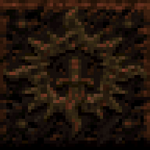 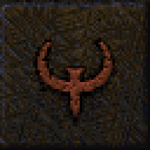 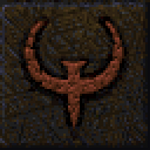 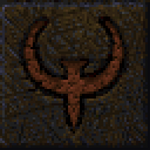 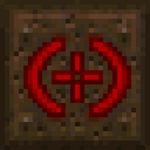 The texture of a Pillar