Data Networking Security is the 29th level of Quake 4.

Followed at the lower floor of the terminal. The elite squad of the human forces have secured. Now, Matthew Kane have to come up to the upper floor of the final tower by the teleport, due to the fact only Strogg can go inside. When normal human will be in result in death as the time has come to deactivate the security, which will open the gateway to the Nexus Core into the heart of the enemy headquarter.

Upper Section of the Tower

The level started right after you teleport to the upper section of the tower. Where the guardian recognizing you immediately to pursing you. Head left, where you find two door as the only one are enter is the left while the right have be malfunction. While you enter it and across the destructive short bridge, you will be greeted by Gunner from the right door. Quickly dispose of him and get ready for the teleporter inside as they spawn more Guards and tactical Strogg to hunt you down. Destroy the device as soon as possible after that you have no problem dealing with them. Once taking care and process forward as you can see a destruction of the tower have reach through outside. Hurry and get to the other door . Before the guardian fire a missile which is unavoidable. Which it will kill you, when it reach to you. Right after that, carefully cross the pile after the guardian have be there to the other side of the door. Where you have teleport there in the room of the windows moment ago. Once you reach it and get ready for more Tactical Strogg. But is much easily to deal with since Explosive Barrel can deal with them permanently without wasting ammunition. After taking care of go through that door and prepare yourself as a pair Berserker will charge at you once you step in. Take them down as fast as you can before they get to you. At the window, the guardian are watching you as you process one by one. Crouch down your way at the middle. Where the in-front door have malfunction to process. Once you enter it. Ride the elevator to the top. Where the last of the security clearance are await as you going up. Transmission heard as some of the member try to pursing the guardian. However, It does not even effect on him whatsoever as the monster watching you reach to the top. Head left and refill everything and destroy the teleporter for a possible enemies teleport in. Afterwards, head through right as you will see more health and armor just leave it as you will grab it later. Where the elevator will take you to the exact same as the previous two tower have been through. Once you going up, transmission is heard again as the battalion are ready to pursing the guardian. However, it failed as another flyer come by that wasn't notice and destroy it. Once you reach to the top. The monster finally showed up and the confrontation begins.

Once the guardian have landed on the ground. Shoot everything you got with the heavily weapon (Nailgun, Hyperblaster, Rocket Launcher, Railgun, Lighting Gun and Dark Matter Gun) as it tactics may scare you. But it only just provoking you. Douching it missile of attack from his arm that shoot you as it will do a lot of damage if contact and make sure to find a place for a good aiming spot to take it down. Presumably, a corner. Where the missile will not hit you. After draining half of his life bar as he is going to the second phase. It will fly with it jet-pack and do the same thing except this time a missile that will ignite a radius with full potential as it is lethal once it hit you so better stay away. He will land on one of six ground. If he does firing your Dark Matter Gun and retract for the weapon to reload again and it keep on repeating the process. Following the same strategy until it life bar drain to the lower. Once it did, he will fly over you with his Jet-pack attempted to hurt you with it combustion. Just run and jump whatever you can and douching it until it stop. Once it life almost to nothing. He will land at center. Where it will fire it missile all around to the sky before attempt to homing at you. Kill him as soon as possible before it reached you. Also, keep on eye on the flyer as well as It supporting the monster to want you dead as well. Once you defeat the monster. The flyer will be fly back to the hanger never see it again. However, sometime it will attempted to kill you in the final even though the monster is defeated. You processing, where the laser field have block the path have disabled. that trigger the security that radar shoot to the Nexus like the previous two. Activated it and the transmission from Strauss have relieved himself as the security have been unlocked. Once it done and make sure to grab any supplies that scattered around before heading back. Once you come back down as you the supplies just pick it up and refill as if you suffer serious injury after the battle to process.

Suddenly, You heard a marine dying scream being fried to death. One of his member reporting to the Hannibal. As Strauss respond for being a fool of his become hero. Where he try to crossover to battle the Strogg as only Strogg DNA physics are available to cross over. Afterwards, Strauss respond to you for ignoring the dead body of the marine as you will be going the Nexus. Where the heart of the battle awaits inside. Enter it and the level end. 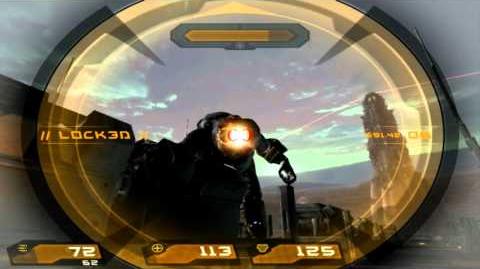