Movable Walls are walls in Quake that move. They may move when shot, when an enemy is killed, or when a Button is pressed/shot. These are often used to conceal Secrets. They may also be more deadly in the form of walls moving towards the player to crush them. These can kill enemies also, but it is a dangerous risk to try to lure them into a wall. The Movable Wall can start when the player gets close, or can continually move. The Movable also varies with damage, with some being harmless with their only goal to push the player off the platform they are on and others killing the player in one hit, even with Armor.

A subtype of these walls, the Spike Walls, are movable walls adorned with spikes. Large Wall Spikes are only found in Runic levels and have red spikes on the front of the wall. These spikes are often lined up in multiple rows. The spikes prevent the player from easily maneuvering out from underneath a vertical trap, and often kill the player slowly. Small Wall Spikes are only found in Medieval levels and are found in one row, with very narrow spikes. These spikes are more deadly, often they are very fast and cause quick injury to the player, sometimes resulting in death if powerful enough.

Another subtype are Bars. Bars are walls that cannot injure the player, but can obstruct their path from further progression. The only way to move Bars is to find a button that controls them. Other bars hinder the player, but have no way to be lowered, and instead the player must find a way around if they need to get to the opposite side.

A common subtype found in the levels of Quake are Elevators. Elevators ascend or descend, allowing the player to reach another floor too high or too low for the player to normally navigate. The Common Elevator uses a metallic base with bolts covering the Movable Wall. The Runic level theme has a slight variation to the default Elevator, with a slightly different coloration and with more bolts around the center. Levels using the Runic theme may also use the Common Elevator. idBase has a special kind of Elevator with a mechanical device raising and lowering the platform; the device and the platform have unique textures not found anywhere else within the game.

Note that there exists a conflict between plat_top1 and plat_top1. This means that playing a level having one of these textures will cause the other level to have its texture overwritten, meaning the wrong texture will be displayed until the game is restarted. plat_top1 can be found in the levels E1M1: The Slipgate Complex, E2M1: The Installation, E3M1: Termination Central, E4M1: The Sewage System, and DM3: The Abandoned Base; whereas plat_top1 can be found in E1M5: Gloom Keep, E1M7: The House of Chthon, E2M2: The Ogre Citadel, E2M3: The Crypt of Decay, E2M4: the Ebon Fortress, E2M5: The Wizard's Manse, E2M6: The Dismal Oubliette, E3M3: The Tomb of Terror, E3M4: Satan's Dark Delight, and E4M7: Azure Agony.

The side of the idBase Elevator 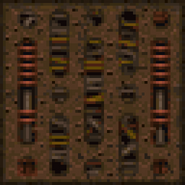 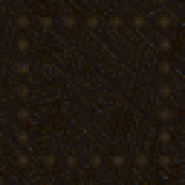 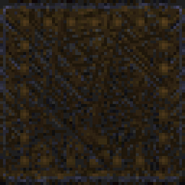 Another type of Common Elevator

A Moving Platform over a pit of Lava
Community content is available under CC-BY-SA unless otherwise noted.
Advertisement