The Proximity Launcher, (also can be called the Proximity Gun or Mine Launcher) is a Weapon that was introduced in and is only available to Scourge of Armagon for Quake. It appears as a red colored Grenade Launcher. It launches proximity mines which will only explode if an Enemy or the player gets near them. Its grenades also stick to walls and ceilings. The Proximity Gun shares ammo with the Grenade Launcher and the Rocket Launcher. The lifespan of a proximity mine is somewhat random but never lasts longer than one minute. 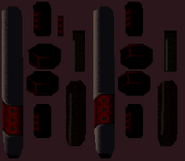 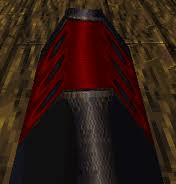 HUD icon (unselected, and with the GL available)

Texture map of the mine

HUD icon (prepared, and with the GL available)
Add a photo to this gallery

Retrieved from "https://quake.fandom.com/wiki/Proximity_Launcher_(SoA)?oldid=89373"
Community content is available under CC-BY-SA unless otherwise noted.