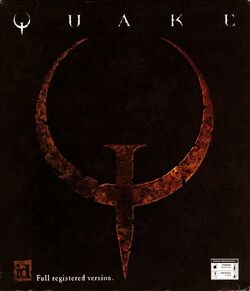 Quake is a First-Person Shooter video game that was developed by id Software and published by GT Interactive Software. The retail version (1.01) was released on July 12, 1996 for Microsoft DOS. Due to the old nature of the game, it is recommended that users check out the Troubleshooting guides. 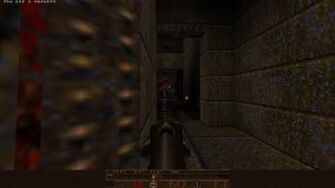 The maps are inspired by several dark fantasy influences, notably that of H. P. Lovecraft; most notably, the end boss of the first episode is named Chthon, and the final boss is named Shub-Niggurath, although there is little resemblance to their original literary descriptions. Some levels have Lovecraftian names as well, such as the Vaults of Zin or the Ebon Fortress. Originally, this game was supposed to include more Lovecraftian bosses, but this concept was scrapped due to time constraints.

Unlike Quake II, the tracks on the Quake soundtrack do not have names. Instead they are simply listed as Track 2, Track 3 and so on. Fan made names have been given to them in respect to how they sound and what levels they appear on. On the CD the game data is Track 1, and the music starts on Track 2.