QuakeWorld is an official Multiplayer source port made by id Software for Quake that was released in December of 1996 and updates the Multiplayer source code. As major changes were made to the engine the programmer, John Carmack, decided to separate the two engines so that neither interfered with the other's code (which could possibly otherwise cause conflict with the Single Player game).

Single Player or Cooperative games are not supported by this source port. While John Carmack had plans to bring back support, it was never completed and therefore only used for Multiplayer purposes. There are two programs that must be downloaded individually, one for the client and one for the server. The server program initializes a server upon startup, allowing for a quick and automatic setup for a dedicated server running Introduction. The administrator may type Console Commands into this program to change maps or otherwise manage the server.

Other players may enter the server at any time if they are running the client program. The player starts the game on the Console and may type the Command Connect with the value referring to an IP Address (which is given to them either by having it given to them by the administrator or from an online server list) to enter the game. As this is the actual gameplay portion of the source port, this will be the one addressed when referring to differences from this engine to WinQuake or GLQuake.

Though the original executables were written for DOS, they were kept up to date with the WinQuake source port and therefore the final release 2.33-005 can be seen as a derivative of that engine. However, an alternative source port exists that is a derivative of the GLQuake engine that makes the same changes. This latter engine is referred to as GLQuakeWorld.

As the game still calls on the data of Quake, it is required for players to have the retail version of the game. However, due to the large number of changes many people consider this game to be different from the vanilla Quake. 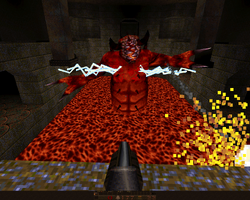 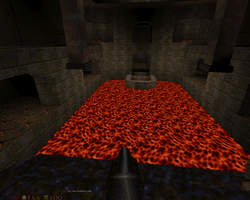