Runes in Quake are the items the player must acquire before being allowed to fight Shub-Niggurath. There is one found at the end of each Episode.

Each Rune represents one distinct facet of magic. The Rune of Earth Magic holds the basic foundation of all arcane power and is found in the Dimension of the Doomed. The Rune of Black Magic, twisted and treacherous, reveals the darker side of magic and the inmost lore of Shub-Niggurath, and is found in the aptly named Realm of Black Magic. The Rune of Hell Magic burns with raw energy and keeps some of the most horrid secrets of the magical arts and is found in The Netherworld. Finally, the Rune of Elder Magic, hidden in The Elder World, holds power beyond good and evil, too great for a simple mortal to comprehend.

Shub-Niggurath originally desired the Runes to kill all life forms on the planet Earth so she could let her Offspring live there, but Ranger foiled her plans. When combined together, they would blast open the gateway to Shub-Niggurath's Pit to turn the tables on Shub-Niggurath, which Ranger successfully managed to do by tearing apart the horrid Hell-Mother from the inside out.

There is a glitch in Quake where the player can lose one of his/her Runes. For example, if the player has done Episode 1: Dimension of the Doomed to Episode 3: The Netherworld, and is in the middle of Episode 4: The Elder World, he/she may notice that one of the Runes collected thus far disappear. This will result in the respective Episode being open and the path to Shub-Niggurath's Pit will not be open.

While this is, of course, cheating, if it is to repair damages done by this glitch, and saves the player from replaying an entire episode again, most players would regard it as an acceptable way of working around a bug. Note that this must be done before finishing the last episode, so make sure all Runes are lit up in the bottom corner before exiting the last portal before entering Shub-Niggurath's Pit.

This glitch has been confirmed to occur in the original DOS version (1.01 confirmed, not tested yet in versions 1.06 and 1.08) and WinQuake, but it may or may not be possible in other versions/ports. It does not appear in GLQuake or any derivatives.

The glitch is most likely caused by dying and restarting the level. For some reason the runes disappear if you restart the level that way, even though you get to keep the stuff that you entered the level with. To prevent this glitch, make sure you do the following: 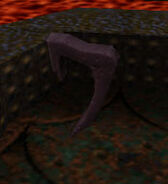 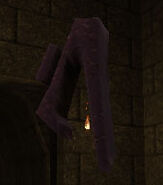 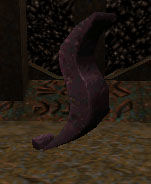 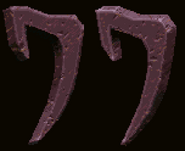 Texture map for Rune of Episode 1: Dimension of the Doomed

Texture map for Rune of Episode 2: The Realm of Black Magic

Texture map for Rune of Episode 3: The Netherworld

Texture map for Rune of Episode 4: The Elder World
Community content is available under CC-BY-SA unless otherwise noted.
Advertisement